Watch The Physical Effect Fasting Has on the Body

This time of the year is when many of us, including myself, spend hours on the internet educating ourselves on Islam and Islamic rulings. The most frustrating thing I encountered as a youth was the lack of scholars out there that represented me. Without a doubt, I respected them nonetheless.

Rather, I longed to see a woman scholar educate and lecture the Ummah on issues that, well, related to both of us. It goes without being said that there are some phenomenal male scholars out there. It is only fair we present you with a list of phenomenal women scholars to learn from. Here’s some of our favorites:

This African-American woman converted to Islam at the age of 20. Now, Dr. Wadud is Professor Emeritus of Islamic Studies at Virginia Commonwealth University in Richmond, V.A., visiting scholar at the Starr King School for the Ministry in California, as well as visiting consultant on Islam and gender at the International Centre for Islam and Pluralism in Indonesia Most of you will recognize this name because she was the first woman to lead Muslim prayers in all over the world.

Yes, you heard that right. She leads mixed congregational prayer and delivers the Jumua (Friday) sermon. In fact, the first time she did so was in Capetown in 1994. Check out some of her blog posts here. She has authored several literary pieces including Qur’an and Woman: Rereading the Sacred Text from a Woman’s Perspective, (Oxford, 1999) and of Inside the Gender Jihad: Reform in Islam (OneWorld, 2006).

She wrote in her Theoretical Paper Summary, Islam Beyond Patriarchy Through Gender Inclusive Qur’anic Analysis, that:

“‘Patriarchy is a kind of shirk (ultimate violation of divine unity)’ because it denies the equality of all Allah’s creation. Patriarchy rests on the Satanic notion of istikbar (thinking of oneself as better than another). It contradicts the Qur’anic vision of the equal and reciprocal moral relationships and responsibilities of women and men, as laid out in verse Al-Ahzab 33:35. It also contradicts the vision of the relationship between husband and wife, as reflected in verse Al-Room 30:21, which talks not of domination and competition but partnership, cooperation and affection.“

Dr. Azam is currently an Associate Professor of Middle Eastern Studies at The University of Texas at Austin. She has authored Sexual Violence in Islamic Law: Substance, Evidence, and Procedure. This book, “examines several critical themes in Islamic law, such as the relationship between sexuality and property, the tension between divine rights and personal rights in sex crimes, and justifications of victim’s rights afforded by the two competing doctrines.” If you are ever interested in learning about Islamic legal discourse on sexual violence, follow Dr. Azam’s work. Hina Azam is also known as an activist and advocate for the pro-choice movement. She is said to have stated that,

“Most Muslims largely regard their position on abortion a matter of conscience and a private concern of the family, and not something that should be uniformly enforced by the state”.

Dr. Hosseini is an Iranian legal anthropologist whom specializes in Islamic law, gender and development. She is currently a Professorial Research Associate at the Centre for Middle Eastern and Islamic Law, University of London. Between founding organizations like Musawah, a Global Movement for Equality and Justice in the Muslim Family, and educating, she writes literary publications on Islam and gender. Check out her article where she offers ten arguments supporting the optionality of the hijab.

This Is What Taqwa Means, in Case You Were Wondering

Orbala is a doctoral student and feminist Muslim blogger that tackles controversial issues relating to both her Pashtun and Muslim community. She is a big supporter of the LGBTQ+ community and isn’t afraid to show it. Her opening message on her site is “All things gender and Islam. No bigotry is allowed in this feminist territory.” Check out this page where she breaks down homosexuality and homophobia in Islam. 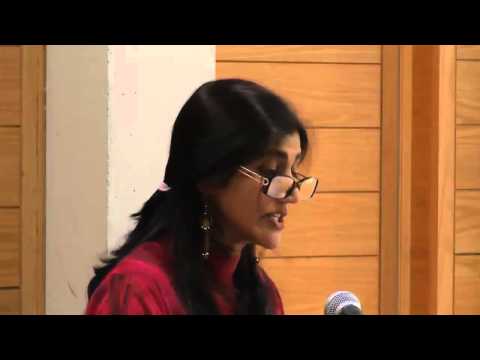 Dr. Shaikh is a South African born native with ancestry in India. She is an Associate Professor in the Department of Religious Studies at the University of Cape Town, South Africa. She wrote many texts, one of which is A Tafsir of Praxis: Gender, Marital Violence, and Resistance is a South African Muslim Community where she tackles modes of understanding Quranic teachings. In this literary work she states:

“The notions that believing men and women provide friendship and mutual protection for one another, that they equally undertake moral agency in the world, that human beings strive to live in a state of tranquility with their spouses, that marital relationships are to be approached as the embodiment of divine love and mercy, collectively reflect the Islamic ideal of gender relations to many such committed Muslims.”

These are only 5 of many women scholars in Islam. There are more of them out there. I urge you to find them. Check out their lectures. Read their books. I encourage you to cite them, to promote them, show them to your friends and family. They are just as important, just as knowledgeable as their male counterparts. It is up to us to recognize that.

Watch The Physical Effect Fasting Has on the Body