Many of us have the blessing of having a Quran teacher who at some point has helped us greatly improve our diin. My Quran teacher is just such a wonderful gift of a woman, mashallah la haula wa la quwatta illah billah. And before she talks about Quran or Hadith, or the months or seasons, she almost always begins with nutritional advice.

Sometimes, she offers different exercises, or health practices, or eye exercises for vision, all based upon what is encouraged in our diin. It changes from week to week. But one of her most memorable lessons for me was her teachings on the foods of the Prophet, peace be upon him. After hearing her speak about sunnah foods, I began to look into the information online about the foods in the Quran, and the foods that our Prophet, peace be upon him, ate.  Unsurprisingly, our Beloved (SAW) recommended foods that are universally acknowledged as what we call “superfoods” today.

So over the next few months, inshallah, Muslim Girl is going to run a series of articles on these power foods in order to help, as the wonderful dua says, “make the Quran the Lord of our Hearts and the light of our eyes,” and also, inshallah, a source of good health.

Also, eating sunnah foods allows us to follow the example of the Prophet (SAW) and the following verse talks about how important this is:

“Indeed in the Messenger of Allah (Muhammad SAW) you have a good example to follow for him who hopes in (the meeting with) Allah and the Last Day and remembers Allah much.” [Surah Al-Ahzab, Verse 21]

Yes, it is summer, and summer means watermelon. I have a relationship with watermelon that goes back to my childhood, when all watermelons had seeds and a favorite game was the summer watermelon seed spitting contest (which I dominated in). Going back further in time, melon was obviously a sunnah food, but did you know they actually had access to watermelon in the time of the Prophet, Peace Be Upon Him? Watermelon actually originated in West Africa, and seeds of watermelons were found in Ancient Egyptian sites, including Pharoah Tutankamen’s tomb, dating back to the second millennium B.C. Mentions of this sunnah superfood have even been found in Ancient Egyptian hieroglyphics. 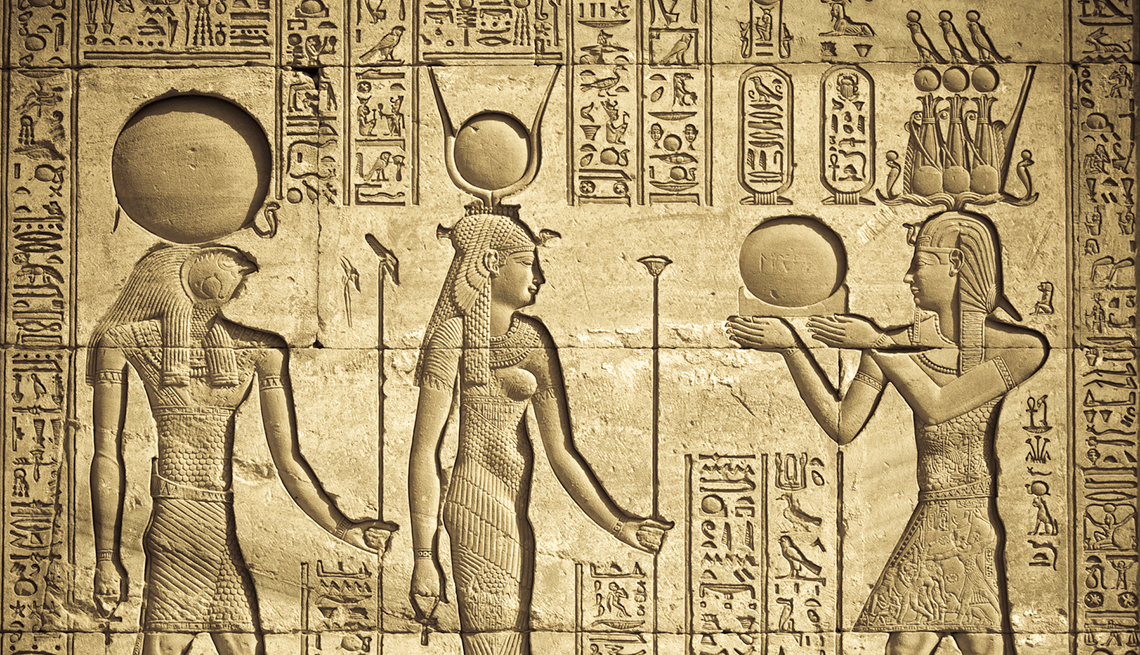 Watermelon spread throughout South Asia and into China, which is today the largest producer of watermelon. Watermelons were present in Moorish Spain, which is perhaps how they came to Europe, and from Europe and Africa to the Americas, where it continues to be a widely popular food. Today, watermelons are grown in the Muslim world in countries such as Turkey and Iran, who annually account for 3.9 million tonnes and 3.8 million tonnes respectively of production. This is out of the 111 millions of tonnes produced worldwide. Watermelons are also grown in Saudi Arabia, Egypt, Pakistan, Algeria, and of course, the US.

So, What Does the Quran Actually Say About Watermelon?

Ok, so there’s no actual verse about melon, but as it is a fruit, there are a ton of references to it in the Quran in that way. For example:

Surah Ar Rad Chapter 13, Verse 4: “And within the land are neighboring plots and gardens of grapevines and crops and palm trees, [growing] several from a root or otherwise, watered with one water; but We make some of them exceed others in [quality of] fruit. Indeed in that are signs for a people who reason.”

Surah An Nahl Chapter 16, Verse 11: “He causes to grow for you thereby the crops, olives, palm trees, grapevines, and from all the fruits. Indeed in that is a sign for a people who give thought.”

Hit Me With the Hadith

Ibn al-Qayyim also discussed the benefits of eating watermelon in his book “The Prophetic Medicine.” He said that to gain the full health effects, it should be eaten in season, before a meal.

A Sunnah Food That Packs a Nutritional Punch

You can find out a lot of this at www.watermelon.org, but for a quick synopsis:

Vitamin A: 11% of Daily Intake

So what do these numbers mean, exactly? Here are some of the health benefits of watermelon:

Vitamin A found in watermelon is important for optimal eye health and boosts immunity by enhancing the infection-fighting actions of white blood cells called lymphocytes.

Vitamin C in watermelon can help to bolster the immune system’s defenses against infections and viruses and can protect a body from harmful free radicals that can accelerate aging and conditions such as cataracts.

Lycopene is a carotenoid that gives watermelon its red color, and it is only available in a few other foods, including tomatoes. Lycopene is a powerful antioxidant. Watermelon contains higher levels of lycopene than any other fresh fruit or vegetable (15 to 20 mg per 2 cup serving).

Citrulline is also present in watermelon in very high amounts and may have cardiovascular benefits by supporting the production of arginine,  which the body needs Citrulline to produce. Citrulline may also support healthy metabolism.

Watermelon is also a great addition to our efforts to eat a raw, rainbow diet which has been shown to reduce cancer, inflammation, and other health benefits.

How Do I Make Sure I Pick the Best of the Best?

Ok. So how do you know a good watermelon from a mediocre watermelon? I personally use two tips:  thumping and the yellow spot.

First, the yellow spot. A watermelon will be more sweet if it was picked later and ripened longer in the field. This later pick and longer ripening process produces a larger and brighter, more golden yellow spot.

(All of this is from the now-defunct Vegetarian Times Magazine plus buying *A LOT* of watermelons.)

Second, thumping, or knocking. Now, some people say a low tone means a better watermelon because it means it is riper, but I personally always pick the watermelon with the highest tone because it is generally more crispy and juicy, and you don’t get the “bready” effect you have with over-ripe melons. Knock with your knuckles and the one in the bin with the highest tone and the best yellow spot is your winner. (All of this is from the now-defunct Vegetarian Times Magazine plus buying *A LOT* of watermelons.)

Then, there is the question of mini watermelon versus regular size. Minis are good because you can finish the whole thing in one sitting and nothing goes to waste, whereas large size are good for a lot of people. Minis can also be very sweet. I was personally a bit reluctant to try the minis, but after eating them, I now buy them regularly. Very tasty!

And of course, there’s always the seedless versus seeded debate. It’s really hard to find seeded watermelons these days, much to my chagrin. Watermelon seeds are actually quite healthy, so seeded watermelons tend to have more health benefits, but through selective breeding and growing, most of the watermelons you see in the markets are seedless. Quite unfortunate in my opinion. If you want to get a seeded melon, you can try a farmer’s market, a Whole Foods store, or an alternative market, because you generally can’t get them in standard grocery stores anymore.

If you don’t want to do anything fancy to your melon, just slice it or dice it.

Preparing a watermelon is easy. The key is a big sharp knife. If your knife is dull, as with any food, slicing can be a bit challenging. I like to slice a watermelon in half, then slice off the ends and pare-off the skin. Then slice the half into rounds, dice into large chunks, or even slice once into spears. 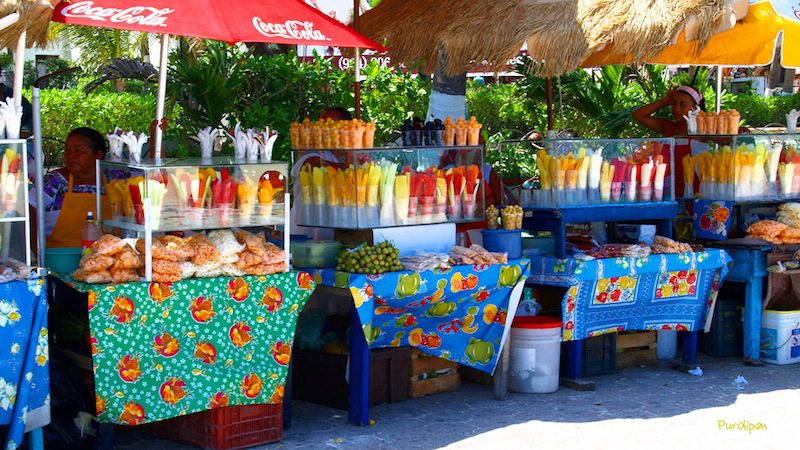 The story behind this is that in California, there are often people who have push-carts like ice cream trucks with fresh fruit and corn-on-the-cob for sale.  The fruit comes in cups or plastic baggies, and the vendors carry a spray bottle of lemon juice that they will douse your fruit with when you buy it. It is the best combination in the world. The fruit bags can include mango, jicama, cucumber, and of course, watermelon. Here’s how to prep this iconic California treat:

Could there be a more enjoyable way to freshen up than by consuming a tall, thirst-quenching glass of watermelon juice? The only way to find out is by prepping the following recipe:

Put it in the blender, serve and enjoy.

Sarah is a social worker in the San Francisco Bay Area with at-risk and homeless youth. She likes to paint, drum, sing, and spend quality time with her family and God in her free time. She is currently working on a book on Sufism, mindfulness and recovery from co-occurring disorders and on an album with her band EYETestify.

A Group of Transgender Pakistani Women Were Sexually Assaulted at Gunpoint

Check Out How Our #MGArmy Celebrated Eid Al-Adha 2020

10 of Our Favorite #BlackOutEid Looks

9 Ways to Show Up and Help Your Community