Inauguration Day is finally upon us, and we can now see a brighter hope ahead. The last four years under a Trump presidency has cost millions of Muslims not just in this nation, but around the world, much heartache and grief. In 2017, as soon as Donald Trump was sworn into office, he implemented the promised “Muslim Ban.” He suspended entry to the United States of people traveling in from seven countries, of which majority of their population was of the Islamic faith. The ban, that was initially set up for 90 days, was for Iran, Iraq, Libya, Somalia, Sudan, Syria, and Yemen. Chaos followed these executive orders, airports were on high alert, and Muslim people were terrified of being detained at the drop of a hat.

Even after lawsuits and federal judges barred the first ban, Trump quickly issued a second ban. After that one also fell through, a third and final version of the ban was put into place and upheld by the Supreme Court.

Biden was quick to point out the rise in reported hate crimes in the U.S. over the past four years.

Joe Biden, the incoming President, has pledged to end the Muslim Ban on his very first day in office. Though he has much damage to undo and has his work cut out for him, this would definitely be a good start to his presidency. On the campaign trail, Biden said that “Muslims communities were the first to feel Donald Trump’s assault on Black and brown people with his vile Muslim ban. That fight was the opening barrage in what has been nearly four years of constant pressure, insults and attacks.”

Biden was quick to point out the rise in reported hate crimes in the U.S. over the past four years. Because of Trump, it seems that more people felt confident enough to express their Islamophobia. Muslims across this nation have had to live in fear under the Trump administration. With Joe Biden and Kamala Harris in the White House, perhaps we can put some of our worries to rest. Biden has promised something that Donald Trump did not: to be a president for ALL people, not just Republicans or just Democrats, or just anyone in between, but to all in this country; no matter what our political preferences are, no matter what our faith is.

The DNC Does Not Care About Muslims

Biden has promised something that Donald Trump did not: to be a president for ALL people, not just Republicans or just Democrats, or just anyone in between, but to all in this country; no matter what our preferences are, no matter what our faith is.

We have high hopes for the next four years. We, as citizens, must also pledge to hold Joe Biden accountable to his promises for a better country. For the Black and brown communities, for the working and middle class, for the low-income people, for the LGBTQ community, for anyone who has come to this country in search of a better life, for anyone who was born into a family of immigrants — for anyone and everyone. A president of the United States of America cannot and must not pick favorites. We are all one nation, under God, indivisible, and we all deserve liberty and justice. 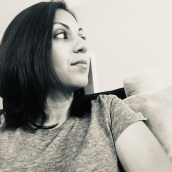 Will Biden Be the President Who Finally Closes Guantanamo Bay?

Will Biden Reverse Trump’s Decision Regarding the Uyghur Genocide?