America has been composed of a variety of individuals prior to its conception.
There were the Native Americans as well as visitors from other countries before Columbus stepped on this land — and while America was being built, it was a place where people practiced their faith freely. America has flaunted a very colorful landscape throughout time.

When weavers create a tapestry, different colored threads are used to create a greater image or design, much like the American people. Although we may use one image to represent this country, a deeper look reveals a composition of a multitude of threads, each one unique and with its own history and purpose. As immigrants and anyone pegged as an outsider faces discrimination in today’s times, we must remind ourselves of this diverse tapestry.

America has flaunted a very colorful landscape throughout time.

When individuals claim, “What have Muslims done for us?” or “They don’t belong here,” these statements are ignorant and misinformed. Looking back throughout American history, Muslims have been a part of this nation as early as the 17th century. During this time, the first Muslims that arrived here were African slaves. Going back to what we know about slavery, this wasn’t just a small few or hundred, but thousands of slaves. Therefore, the number of Muslims then could be counted equal to any religious group of that time. However, it is not just through these first Muslims that the tapestry was woven. No — it continues through many different voices, individuals and their contributions to this country.

There were a number of Muslim soldiers that fought in the wars that helped shape America as a country. Among these are Bampett Muhammed and Yusuf Ben Ali, who fought against British Colonialism in the Virginia Line under General George Washington. There was also Peter Salem, formerly Peter Buckminster, who is famed for being the one who shot British Major John Pitcairn, thus playing a crucial role in the Battle of Bunker Hill. Serving under the nation’s future first President, these individuals showed that religious denomination has nothing to do with honoring your country or being a patriot. 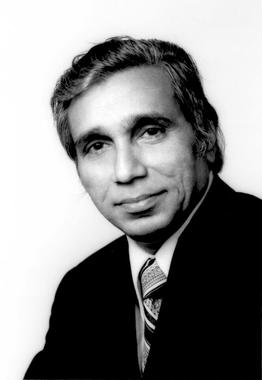 When we look up to the towering skyscrapers that gleam as beacons of our cities today, who do we think of? We are reminded of the minds of architects who have helped built the infamous skylines that we see today. Among these architects is a very important and influential Muslim. Fazlur Rahman Khan was known as the “Einstein of Structural Engineering.” He was a Bangladeshi-American who revolutionized the world of building through his developments using frame tubes for creating a new building system.

Without his ideas and input, The John Hancock Tower, The Sears Tower, The World Trade Center, The United Air Force Academy in Colorado and even the Trump International Hotel & Tower in Chicago would never have been built. Khan’s tube concept revolutionized building and it is still used today, the most modern example being the Burj Khalifa in Dubai.

There have been many notable Muslims in the field of America, among which is Dr. Ayub Ommaya. He is a Pakistani-American neurosurgeon who is known as the inventor of the Ommaya Reservoir in 1963. This is a device that can be used to provide chemotherapy to the direct site of a brain tumor. Ommaya was a leading expert on traumatic brain injuries, and without his work today hundred of individuals would be either suffering or not alive. His work on traumatic brain injury eventually led to the development of the U.S. National Center for Injury Prevention and Control.

Although the ice cream cone was invented and patented by Italian Italo Marchiony, a similar idea was introduced independently by a Syrian immigrant named Ernest A. Hamwi. During the 1904 St. Louis World’s Fair, he introduced something called a zalabi. A zalabi or zalabia is a waffle-like pastry that Hamwi rolled into a cone shape that could hold ice cream. This last minute innovation was created as a solution to another vendor’s problem. An ice cream vendor near Hamwi’s booth ran out of dishes and couldn’t serve any more ice cream. So, Hamwi took his zalabis and just rolled them into cones to give to the ice cream vendor. Thus through the spirit of being a good neighbor, a new type of ice cream cone was born.

Although there are only a few notable Muslims highlighted above, there are still many that played a role in creating and enriching this country. Among these are Muhammad Ali, Farah Pandith, Malcolm X, Ahmed Zewail, Aziz Ansari and literally hundreds more.

America has been home to diversity, innovation and different individuals coming together to learn from each other and create something new. In the end, Muslims have contributed to the building blocks of this country that keep multiplying as more threads are added to America’s diverse tapestry.