Meet Yemen Cooks: A Hidden Gem in the Yemeni Community

On June 18, 2017, 17-year old Nabra Hassanen was sexually assaulted, and brutally murdered while on her way back from the masjid during Ramadan. This horrific crime was classified as road rage. It was not classified as a hate crime because Islamophobia goes largely overlooked and ignored by the media, while they define, in the headlines, any crime committed by Muslims — no matter how random — as terrorism.

Similarly in the case of #OurThreeWinners, the crime was not classified as a hate crime, which has been apologized for by the Chapel Hill Police Chief, Chris Blue, following expert testimony which established it as a crime of Islamophobia and hatred.

Now, two years later, as the anniversary of Nabra Hassanen’s death passes, it is essential that we continue to emphasize the importance of seeing crimes against Muslims as hate crimes, and taking them seriously as such. However, there is another type of crime which Nabra’s murder epitomizes: violence against women.

The Task Force’s next words following these statistics are, “The four crimes disproportionately impact women and members of underserved communities.”

Immigrant communities are one of the most chronically undeserved communities on the issue of domestic violence for a variety of reasons, one of which is stigma, and the lack of culturally competent services, a widespread problem for all communities of color. tweet

In April 2019, the House passed the re-authorization of the Violence Against Women Act, a bill which passed in 1994 and requires reauthorization every five years. It has enjoyed bi-partisan support throughout its history but has been stalling due to Republican reluctance to approve limiting the ability of convicted stalker and domestic abusers to carry guns, and protections for transgender women, a group heavily affected by sexual and dating violence. Currently, the bill is sitting in the Senate, receiving no significant media coverage and waiting for approval.

The crime against Nabra Hassanen is a crime of Islamophobia, no doubt, but it was crime against her as a woman as well. The slowness of the Congress to reauthorize VAWA is appalling when it is well-documented that it is a lifeline for women seeking protection from violence, and has drastically reduced violence against women since it was passed initially in 1994.

Ongoing violence against women of color deeply affects us as Muslims, such as this incredibly painful story of a bright young woman who was stolen from her devoted family, her community, and her peaceful life by a hateful and unspeakably horrible act. 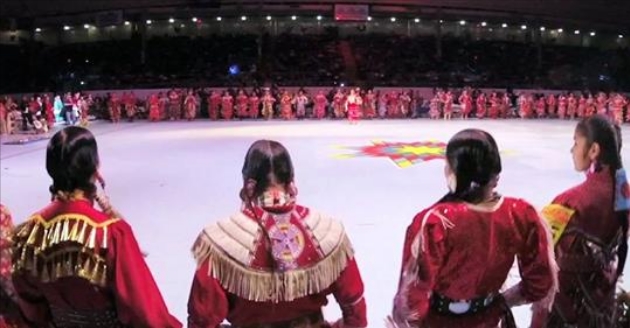 It affects us, also, as citizens of this country when we continue to hear the countless stories of Indigenous women and girls, who we should be the most highly motivated to protect as the only rightful inhabitants of this entire country, being murdered and the horrific losses of the Indigenous community that have gone largely unprosecuted and unremarked by the law enforcement community.

Native American people are calling for action of violence against women and the re-authorization of VAWA, which you can read about here, here, and here.

Is the Houston Mosque Arson Another Hate-Fueled Attack?

It affects us as women when any women is attacked, assaulted, or harmed in any way, making us all less safe.  We need to protest violence against women of color like Nia Wilson, and all the horrific random violence against black women protested by the #SayHerName movement, including the 10 black transgender women murdered in 2019 alone. This included women like Zoe Spears, who died just a few days ago with relatively little media coverage.

It affects us all as people when our mothers, daughters, sisters, and friends are not safe, and are victims of random, misogynistic violence which deprives them of their freedom, peace, and often their entire lives. The reauthorization of VAWA is a critical piece of our fight for rights and security for our community as Muslim women, and as women period.

The Senate needs to take action on this legislation immediately, and we need to call loudly for them to do so with whatever lobbying power we have.

You can learn more about this at The National Coalition Against Domestic Violence website here and a longer list of groups working against violence against women can be found here.

Sarah is a social worker in the San Francisco Bay Area with at-risk and homeless youth. She likes to paint, drum, sing, and spend quality time with her family and God in her free time. She is currently working on a book on Sufism, mindfulness and recovery from co-occurring disorders and on an album with her band EYETestify.

The Climate Change and Overpopulation Argument Is a Fallacy

If You Don’t Understand Politics Right Now, This Is For You

These Takes on Stereotypes Are Hilarious

Here Are the Millennials We Are Overlooking

This Is How to Use Imposter Syndrome to Your Benefit

Meet Yemen Cooks: A Hidden Gem in the Yemeni Community

3 Ways to Respond to Global Tragedies

How Did a #HateCrimeHearing Devolve Into an Echo Chamber for White Nationalism?