Because we’re still having an issue understanding the magnitude of the Syrian humanitarian crisis, (although I still can’t comprehend where the misunderstandings are — people are dying and need our help, so let’s help them) the beautiful Queen Rania of Jordan had a one-on-one interview with Good Morning America’s Robin Roberts on Oct. 2, 2015, in an effort to further explain why the world needs to speed it up with our “taking action” initiatives.

Her Majesty provided staggering numbers that are difficult to ignore. Since the beginning of the Syrian civil war four years ago, more than 250,000 Syrians have lost their lives. Half of Syria’s population has fled their homes — that’s around 11 million people trying to escape danger. Not to mention, 7 million Syrians are internally displaced and more than 4 million have become refugees.

“…refugees are running for their lives.”

Jordan, one of the smaller countries of the Arab world, has been impacted quite intensely — taking in more than 600,000 Syrian refugees. Refugees from all over the Middle East now make up more than 20 percent of Jordan’s population.

Queen Rania’s message is quite clear: She urges the world to take a “humanitarian approach” when facing this crisis. “I think the first thing we need to do is really put ourselves in their shoes,” she said. “These people are not leaving by choice, and that’s the difference between migrants and refugees.”

“You know, migrants choose to go to another country because they want a better job or they want an education. But refugees are running for their lives,” she said.

The Queen continued to touch on one of the problems in today’s society regarding making real change happen. “Acting doesn’t just mean you just click ‘like’ and move on to the next post because, you know, you assume that somebody else will do something about it,” she said. “You are that somebody else. You’ve got to act on your values, because if you don’t, they just slip away.” 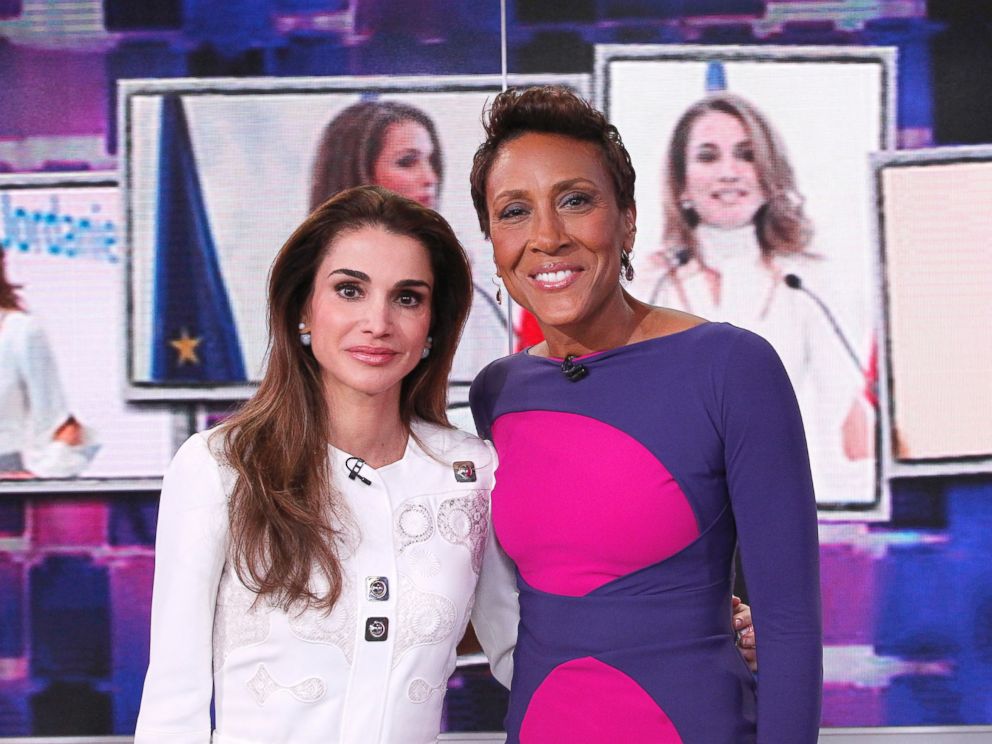 There is, what seems to be a growing fear of the Arab Muslim world in the west — a fear that Queen Rania places blame on for lack of support in this crisis. “I think it’s kind of to the fact that some of these stereotypes can sneak out of our subconscious without us knowing and make us make grave misjudgments of people and sometimes cause them a great deal of unfairness and injustice,” she said. Like when Donald Trump said in a statement that the “mass migration” of Syrians — in reference to the refugees fleeing for their lives — headed into the western world could quite possibly be an ISIS invasion. It’s this type of false fear and uneducated comments from media harlots like Trump that perpetuate the thoughts of the average American — that these children and their families begging for our help and looking for citizenship elsewhere are the enemy and are undeserving of whatever kindness we think we might have.

“I think it’s kind of to the fact that some of these stereotypes can sneak out of our subconscious without us knowing and make us make grave misjudgments of people and sometimes cause them a great deal of unfairness and injustice.”

For more ways to help Syrian refugees, follow the links below:

Play your part. We all have one.

What Have We Learned Since Nelson Mandela’s Arrest 58 Years Ago?

Reclaiming Our Rights to Faith and Patriotism