In the words of Émile Zola, “If you ask me what I came to do in this world, I, an artist, will answer you: I am here to live out loud.”

As Trump’s orders sweep the nation, institutions alongside individuals have decided to “live out loud” and unite in solidarity against Trump’s Muslim ban.

As a result of this project, the MoMA has replaced several works from their permanent collection with works made by artists from the nations that are affected by Trump’s ban.

One such institution is the Museum of Modern Art (MoMA) in New York City. 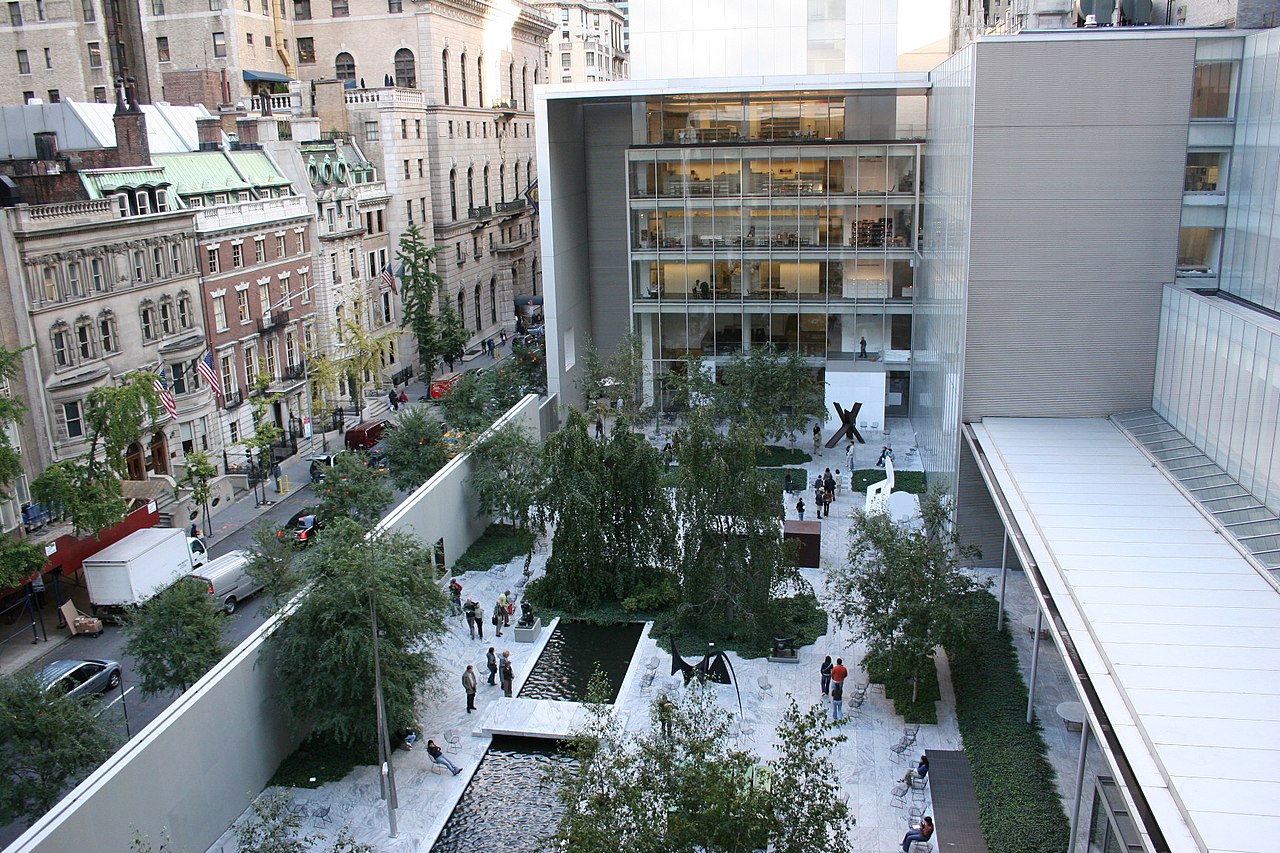 The MoMA is a well-known art establishment that attracts attention worldwide. After Trump’s Muslim ban was issued, the museum started reflecting on how they could portray an image of solidarity for the public and museum staff. Thus, as a means of being inclusive, they initiated a project to review their collection and choose pieces that would showcase an inclusive vision.

As a result of this project, the MoMA has replaced several works from their permanent collection with works made by artists from the nations that are affected by Trump’s ban.

And what they’ve done is fantastic.

So, you walk into the MoMA.

Then as you make your way to the fifth floor, you discover Western art from the late 1800s to the 20th century. However, these art pieces are juxtapositioned with distinct works that initiate new conversation.

The new additions to the permanent collection features: Iraqi architect Zaha Hadid, Sudanese painter Ibrahim El-Salahi, and Iranian-born Tala Madani and Charles Houssein Zendourudi, to name a few. The new additions range in medium; there are paintings, sculptures, and videos. These new pieces take the place of works by Henri Matisse, Pablo Picasso, and Francis Picabia, all previously a part of the permanent collection.

These new additions to the collection are a rare break with the MOMA’s tradition to stick to the modernist vision of its first director.

The new installations also have an accompanying label which states:

“These artworks are by artists from nations whose citizens are being denied entry into the United States, according to a presidential executive order issued on Jan. 27, 2017. They are drawn from the Museum’s collection and are installed throughout the fifth-floor galleries to affirm the ideals of welcome and freedom as vital to this Museum, as they are to the United States.”

A senior curator at the MoMA stressed, “One of the things that you think about if you see these works of the gallery, is that if you have a ban, then you don’t get to see these works.”

These new additions to the collection are a rare break with the MoMA’s tradition to stick to the modernist vision of its first director. As the weeks progress, the museum is considering on expanding this project and adding further additions. Complementary to the new art installations, there are also film screenings planned. These include films by Iraqi-born German director Kais al-Zubaidi, Syrian filmmaker, Ossama Mohammed, and Iranian director Manijeh Hekmat and filmmaker Mohammad Rasoulof.

The artwork will be up for several months and currently has no set end date.

More information about the collection and film screenings can be found on the MoMA site.