12 Things Not To Do When Visiting Khartoum

Recently, I was given the opportunity to see an early screening of the film ‘Exodus: Gods and Kings’ followed by a panel discussion with some of those involved in the making of the film, including the director, Ridley Scott. While my morals were telling me it was a great movie and nothing more, my curiosity was telling me there was something else, something I could write about. Be warned, if you do plan to see this movie there are small spoilers ahead.

As a movie lover, I can’t rob ‘Exodus’ of its grandeur. One of the producers said during the panel that he wanted to make this movie because the story of Moses was one of such importance across the three major religions. It’s a story so full of miracles that people will never grow tired of trying to capture it. Even the biggest critic has to admit that this movie is beautiful. The scenery, the costume, the computer graphics… all are melded together seamlessly to create a wonderfully engaging movie experience. But once you get passed the glamour of such a big project, you are forced to see that this movie is a seriously flawed representation of how Hollywood sees people of color: they don’t.

Prophet Moses, peace be upon him, and Rameses, two men that actually lived many years ago and were both born in Egypt, are played by a Brit and an Australian, both of whom have snow-white skin. I personally have never been to Egypt but I consider myself a pretty logical person. Yet that’s not what audiences will see. Key characters like the Pharaoh, Moses, Rameses, and the queen of Egypt are being played by light skinned people. These are accurate representations of men, such as Moses and Ramses, in ancient Egypt: 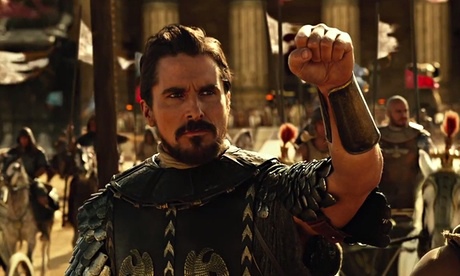 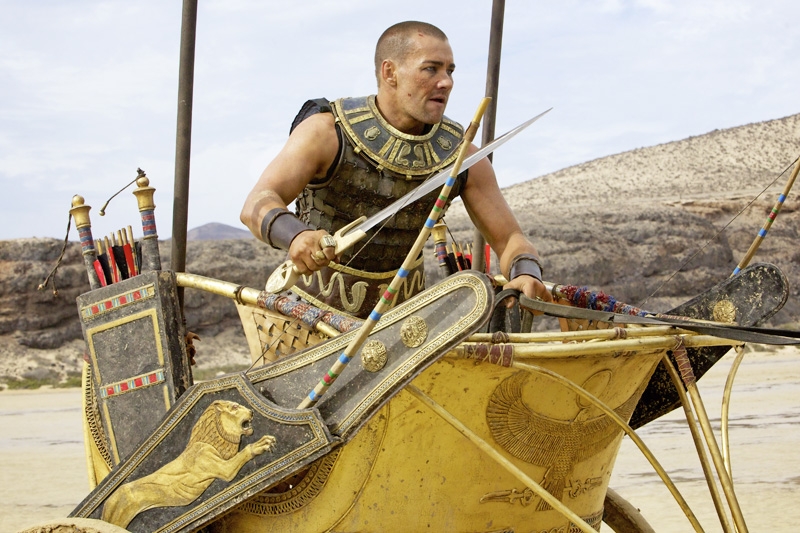 This incorrect racial casting runs strong for any character that had a speaking role. It’s almost as if the casting department just couldn’t find people of color. Oh wait! They did find people of color, how could I forget Palace Guard #1? He was Black and so were a handful of other background characters who posed as servants, barbarians, soldiers, and Egyptian citizens.

People of color were largely if not completely overlooked in this film. It’s almost as if the bulk of the story didn’t take place in Northern Africa. Several prominent characters that were actually played by people of color like the high priestess and one of Rameses’ advisors, were promptly killed off as seems to be the typical fate of most minority characters. But people of color are not the only ones who get the short end of the stick in this movie. Women are unimportant too!

It’s not just that the filmmakers made all women unimportant, it’s that they made women who were actually important, completely disappear. Allow me to kick it Old Testament with you for a moment.

Believe me, I have in fact read the Bible and there are years worth of Sunday school lessons under my belt.

A significant Old Testament female character that got pushed into obscurity is Miriam, sister of Moses. Miriam is not just important in the book of Exodus but important to me personally. She was one of the first women I remember reading of in Biblical history that held such a key place in the formation of the Abrahamic religions. It was Miriam who put Moses in the river that would lead to Pharaoah. When baby Moses would not nurse from Egyptian women, it was Miriam that brought Moses and his mother back together so he could nurse and so she could see her son once more. After the Hebrews crossed the Red Sea into freedom it was Miriam that led them in the praise and worship of God. Miriam is a big deal! God used Miriam before using Moses to protect His people.

So what does Miriam do in Exodus? Absolutely nothing. Miriam is the maid servant to Moses’ adoptive mother and when Rameses finds out that Moses is a Hebrew, Miriam and Moses are both sent away. The audience never sees Miriam again! Miriam never makes it across the Red Sea because she was never there. She rode off into the sunrise with the woman she served. I’m willing to forgive a lot of reactive license when it comes to films based on facts but I can not stand when a prominent female character is cut down to make room for the men.

Then there was Saffurah, wife of Moses. Someone in the casting department didn’t do their research when trying to find an actress for this role. Saffurah and her people were Midianites and were often referred to by the Israelites as Kushites. Kushites were descendants of Ham, son of Noah and Ham settled in what is now Northeast Africa. The Kushites were known mostly for their very dark skin color. Both the Midianites and Kushites were dark skinned people. This is not only Biblical fact, this is solid historical and geographical fact that can be solidified by the books of all three Abrahamic religions. So who do they get to play the role of Saffurah? Maria Valverde an actress born in Madrid who has skin white as creme paper stock but who was made to look considerably browner in the movie. That’s right friends, we’ve got a case of brown-face going on in this film. Here is a picture of Saffurah, as she is supposed to look historically, and the actress that was hired to play her: Much like Miriam, Saffurah was another strong woman that got cut down to size to make room for male protagonists. In the film, the few lines she has are very heavily about how much she loves Moses. In fact, if she isn’t talking about or directly to Moses, Saffurah does not actually speak. Saffurah believed strongly in God but when asked who is the most important person to her she does not say God, she says Moses. She even says that she would trade her faith if it meant Moses would stay at home and not go to Egypt. This is just plain old malarky. Saffurah believed that Moses had spoken to God on the mountain and she supported her husband who would be a prophet and a liberator. Instead, in the film she’s the doubting wife only living to further the plot of the male and give him hard decisions to make.

This film is a lot of good things, I won’t lie about that. It’s also a two hour reminder that people of color are not the leads in their own history. Our opinion or desire to see ourselves on screen was not strong enough to affect casting decisions. In all of the widely distributed films about Prophet Moses, he’s only been brown once and that was in ‘The Prince of Egypt’. We had to settle for an animated cartoon to get accurate representation, a great cartoon with excellent music, but a cartoon none the less.

Even God, who is characterized in this movie in a new and interesting way, is white. He could have been left as the burning bush and booming voice in the sky, and none would have been the wiser, but this film went a step further and gave a visual as to who was guiding Moses. The visual is great and the lines are top notch, but again it’s white visual. Depictions of God as white and male are innumerable and this is just another one to add to the list.

Many people have called for a boycott of this movie believing that if they withhold money from it then it will show a seriousness in wanting accurate representation for minorities in film. Others say that we as people of faith must support such a movie so that more of its kind can be made. I simply wish to know this: when is there going to be a movie release that doesn’t cause its audience to question their moral values and the validity of the history of their own people of color? We exist, and we have existed for a while, us people of color. You cannot rob us of our own history centuries after we established it.

Exam Day: Duaa to Perfect Your Memory and Increase Your Knowledge

12 Things Not To Do When Visiting Khartoum