If you feel like you’ve heard the names somewhere before, you probably have – Gaffney, 62, is the founder of the Center for Security Policy, while Walid Phares was a foreign policy advisor for former Governor and 2012 Republican Presidential Candidate Mitt Romney. 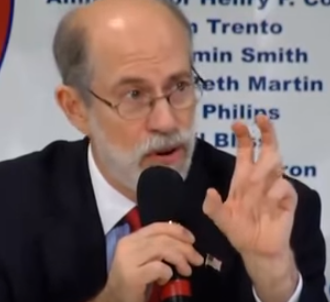 They’re both also a notorious Islamophobes, right up in the ranks with Ayaan Hirsi Ali, Pamela Geller, and the like. In fact, Gaffney’s CSP was recently designated as a hate group by the Southern Poverty Law Center.

Meanwhile, the Council on American Islamic Relations (CAIR) has previously issued statements about Phares’s involvement in an anti-Muslim militia, as well as in response to his many outrageous conspiracy theories. One outrageous allegation made by Phares alleges the Muslim Brotherhood has infiltrated the American government – which was actually discussed in-depth on a radio show in a conversation between both Gaffney and Phares. 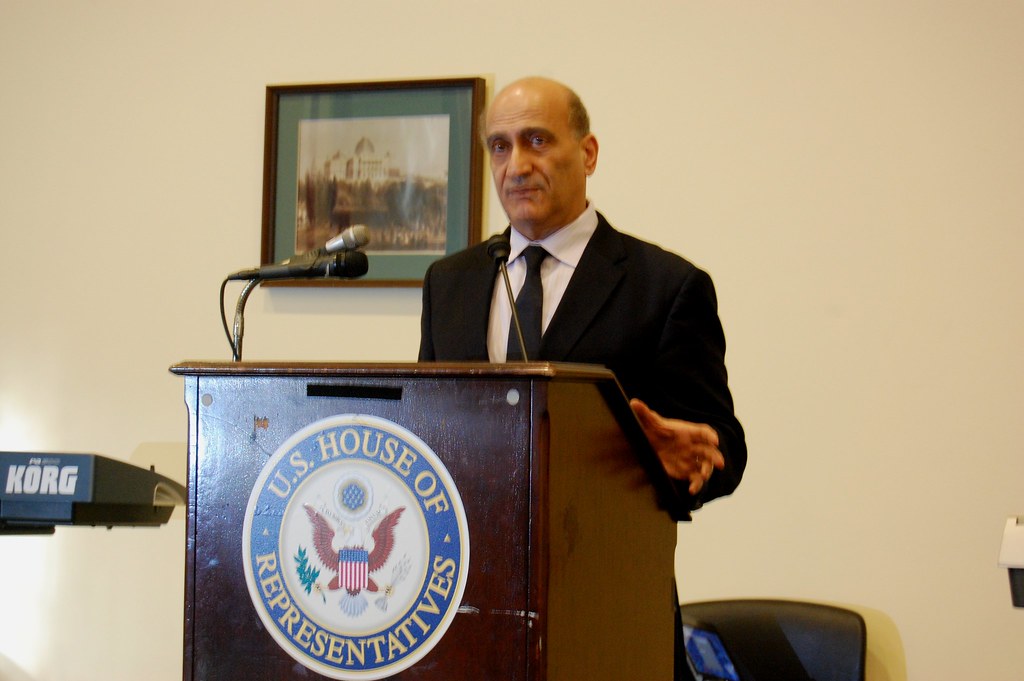 What makes Gaffney and Phares different from other Islamophobes, though, is their new-found status in mainstream politics. The appointment to the Cruz team gives Gaffney a level of legitimacy that very few other Islamophobes have; as does Phares’s second appointment, which cements his “authority” as an “expert on counter-terrorism.”

Muslims across America are likely scratching their heads, wondering how it has come to this point, where we now have to deal with not just Donald Trump’s bigotry on the national stage, but where men who say absolutely ludicrous things can be appointed to positions such as national security advisor. What kind of claims have these men made, you asked? Here are a few to ponder over: Saddam Hussein was behind the Oklahoma City bombing; President Obama is a secret Muslim; Representatives Andre Carson (D-IN) and Keith Ellison (D-MN) can’t be trusted to sit on the House Intelligence Committee because their faith might compel them to leak information to the Muslim Brotherhood.

Although it may sound ludicrous, is it really that unexpected? I mean, the statements made thus far during the race for the GOP candidates have been pretty crazy.

Muslims have been Americans since the first slaves were abducted from their homes and brought to build this nation. But from the oldest immigrants to the newest, how many of us are actually exercising our rights and playing an active role in politics?

It’s not as though Muslims don’t know anything about politics. Many of us who come from immigrant homes have fallen victim to waiting in the car while our dads finish arguing their last few points with the other uncles at countless – seemingly endless – dinner parties. We’ve seen them scan through the newspapers from back home, keeping up with every tiny development. So what gives?

Jakarta Police Violently Clashed With Protestors Over Blasphemy Against Islam

To be clear, this is not a call for total “assimilation,” although there is nothing wrong with that, if you feel so inclined.  This isn’t a call to action to give up cricket for baseball; or to tell our fellow sisters to take off their hijabs and wear them around their necks; or to start calling it “chai tea” (I cringed even just typing all of that). However, this is a reminder of our basic civic duties and obligations – the same civic duties that people in other countries wish they could engage in without corruption or exemption.

If you are waiting for that one superhero to speak on behalf of all Muslims in order to save us from the monster of rampant racism in national politics, don’t hold your breath – we have to be that change.

We have to stand up for ourselves with our own voices and our own political participation – engaging in protests when needed, and giving our time to causes that mean something to our values and beliefs.

And don’t forget what happens when we collaborate with groups who share similar values. Remember who the driving force was behind the Chicago Trump Rally-That-Never-Was? It was the Black community; the Hispanic community; the Muslim community; the community of others, and those against racist rhetoric. It was the protest that aligned perfectly and proved to us that when we work together with our allies, anything is possible. We need to be visible, at the forefront of every movement, rather than waiting for someone else to take the lead. Then and only then can we say in good conscious, “We did enough.”

So whether you choose to boycott or engage, the point remains, “If you’re not at the table, you’re on the menu.”

Donald Trump – and now Gaffney and Phares, are clear indications that there is a tolerance for Islamophobia. The age of ambivalence for the Muslim community has long been over. It is time we recognize that we have a dire need for more leaders like Linda Sarsour, and fewer disinterested uncles-at-the-dinner-party. Otherwise, we cannot be surprised when we see meteoric rises to power, and the many consequences that come with them.

RBG and the Road She Paved for Women Everywhere: I, Too, Dissent